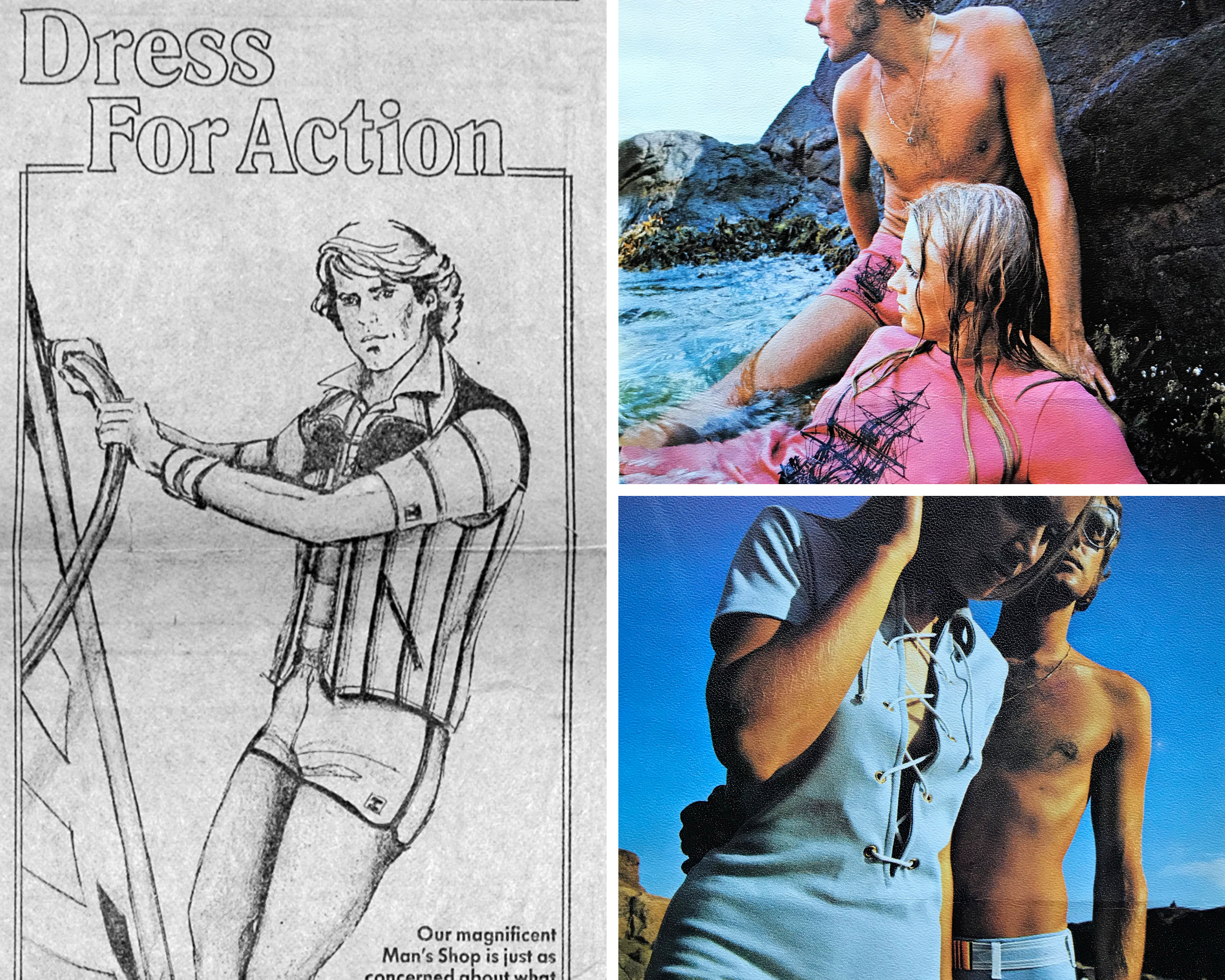 Sales were growing and was now up to 3,3 MSkr (equivalent to M€3,3 in today’s monetary value). Tenson built a new 1.000m2 factory in Lassabacka in Varberg Sweden.

Export sales were growing quickly, Tenson swimwear collections made it into the most trendy and well established retailers of the time like arrods, Austin Reed, London and Bloomingdales New York.

During the 1960s Tenson swimwear was sold throughout Europe as well as North America and in 1968 Tenson also started to sell its swimwear in Australia. 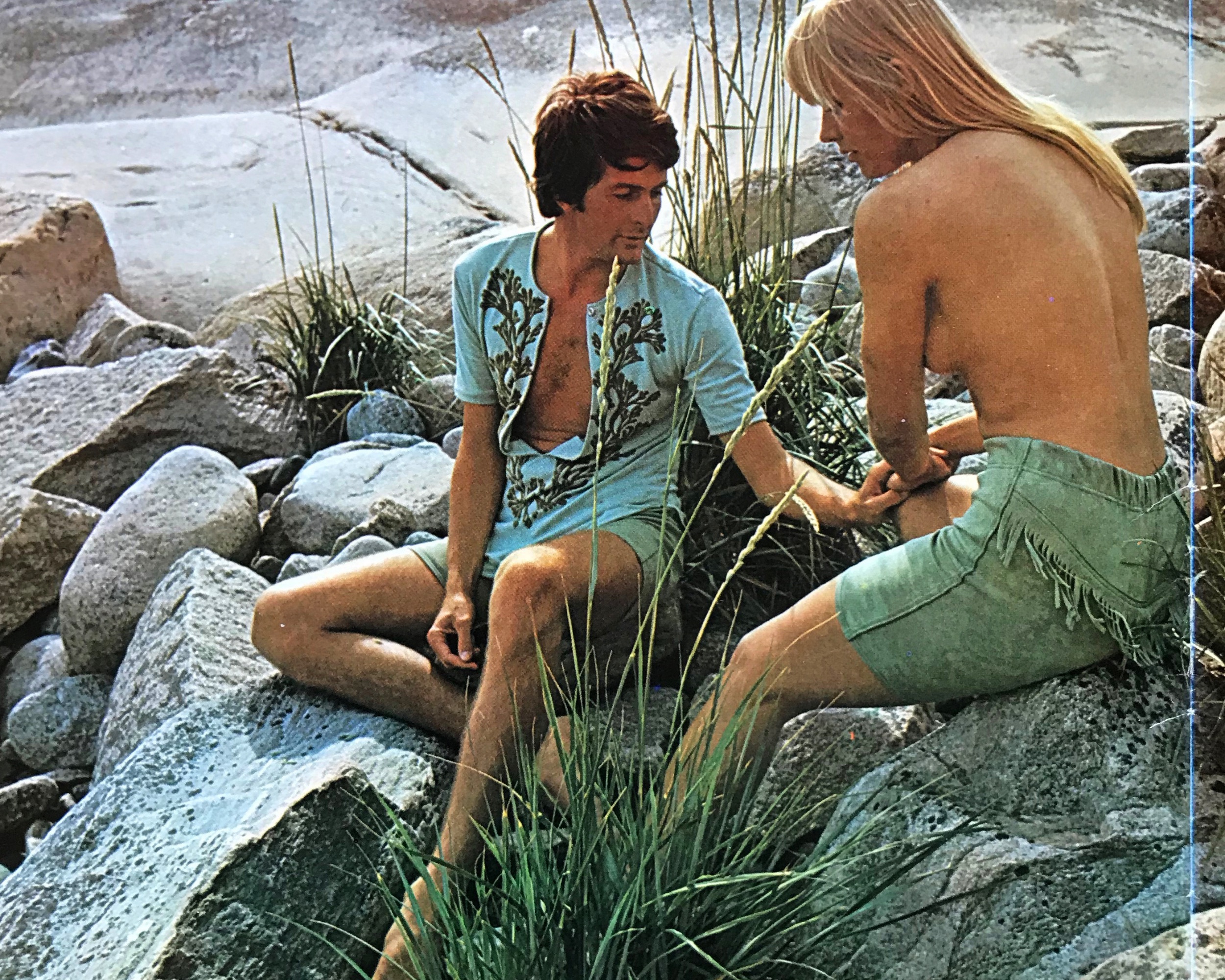 For the summer collection Tenson developed its first surf-inspired collection, but initially Paul was lacking ideas for the collection. Paul traveled to Paris to get inspiration but didn’t come up with anything exciting. They day before traveling back he sat down at a corner Café and ordered a Campari and flipped through an Elle magazine.

His eyes suddenly stopped at an ad for a washing machine, and inside the washing machine was a towel with a checker pattern and he immediately know how the collection should look like. Paul ran back to the hotel and spent the whole night sketching – during that night Tenson’s first surfing collection was born. 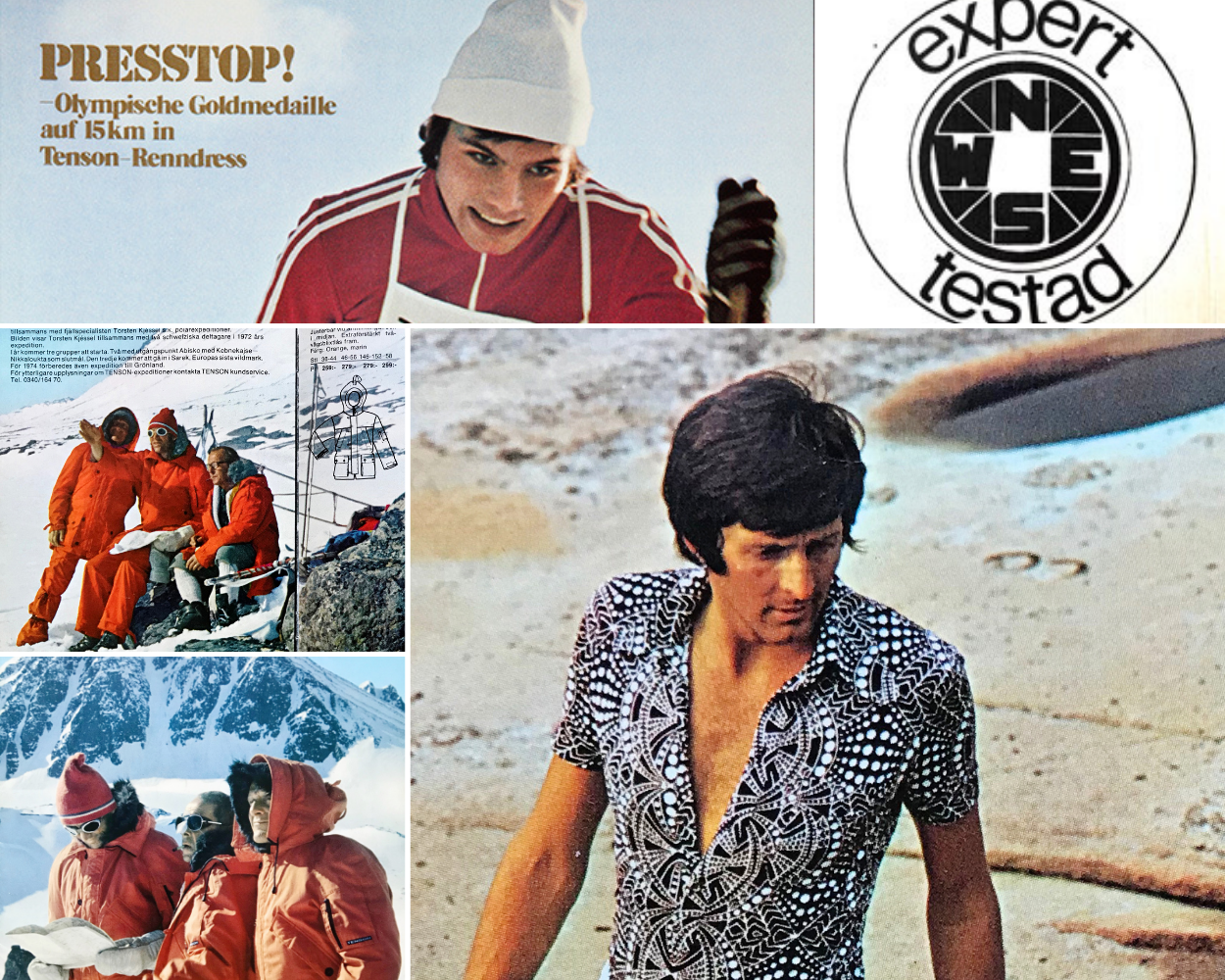 Swimwear collection were inspired by the flower power movement. At the time a rather large community of hippies were inhabited in the island of Ibiza. Paul together with the designer Anita Backendal-Lejon flew down to the island and stayed with the group, which they thought had very interesting ideas about life and mindfulness.

Many of them were craftsmen and their clothes were to a large extent from Northern Africa and they lived to on making leather goods. Paul and Anita became close friends with the group. 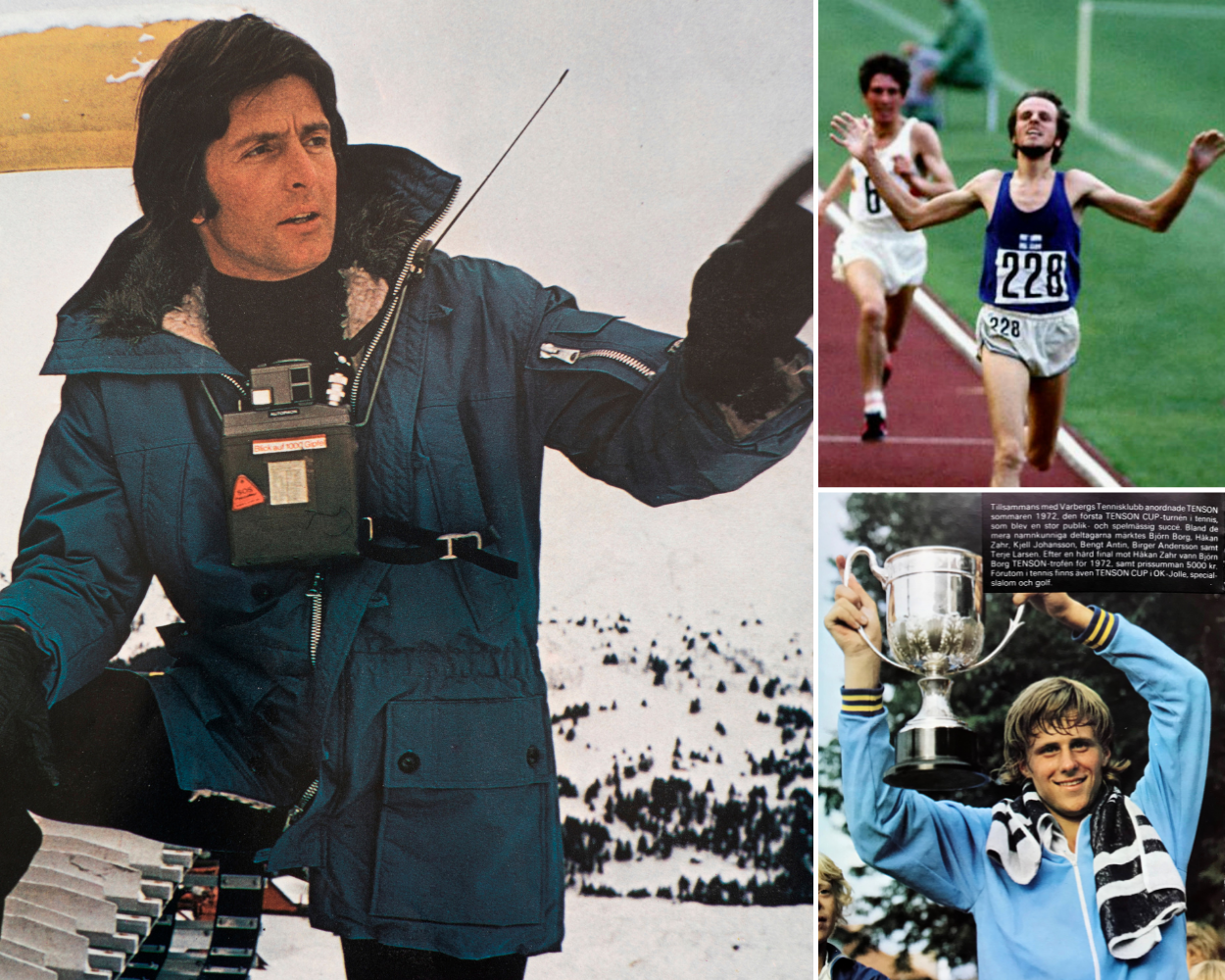 The Himalaya Jacket by Tenson has been an iconic outerwear jacket since its launch in 1972. In order to test and develop Tenson Survival jackets yearly, Polar expeditions were carried out under the leadership of the mountaineering and alpine specialist Torsten Kjéssel, to test the product under the most challenging circumstances in order to ensure superior function and comfort.

Upon release, the Himalaya quickly became a success all over Europe. It was known as the Swedish wilderness jacket – using the latest polyamid fabric technology to ensure quality, function and fit. It also became very popular with sailors who sought a jacket with good protection for the stormy days out at sea.

Further, a lot of prominent football clubs were using Tenson sport shorts, among them the Hungarian National Team. In the picture to the right against Sweden.

Besides producing tennis apparel, Tenson also established a tennis tournament – Tenson Cup in co-operation with Varbergs Tennis. In 1972 the tournament was won by the legendary and rising tennis star Björn Borg. 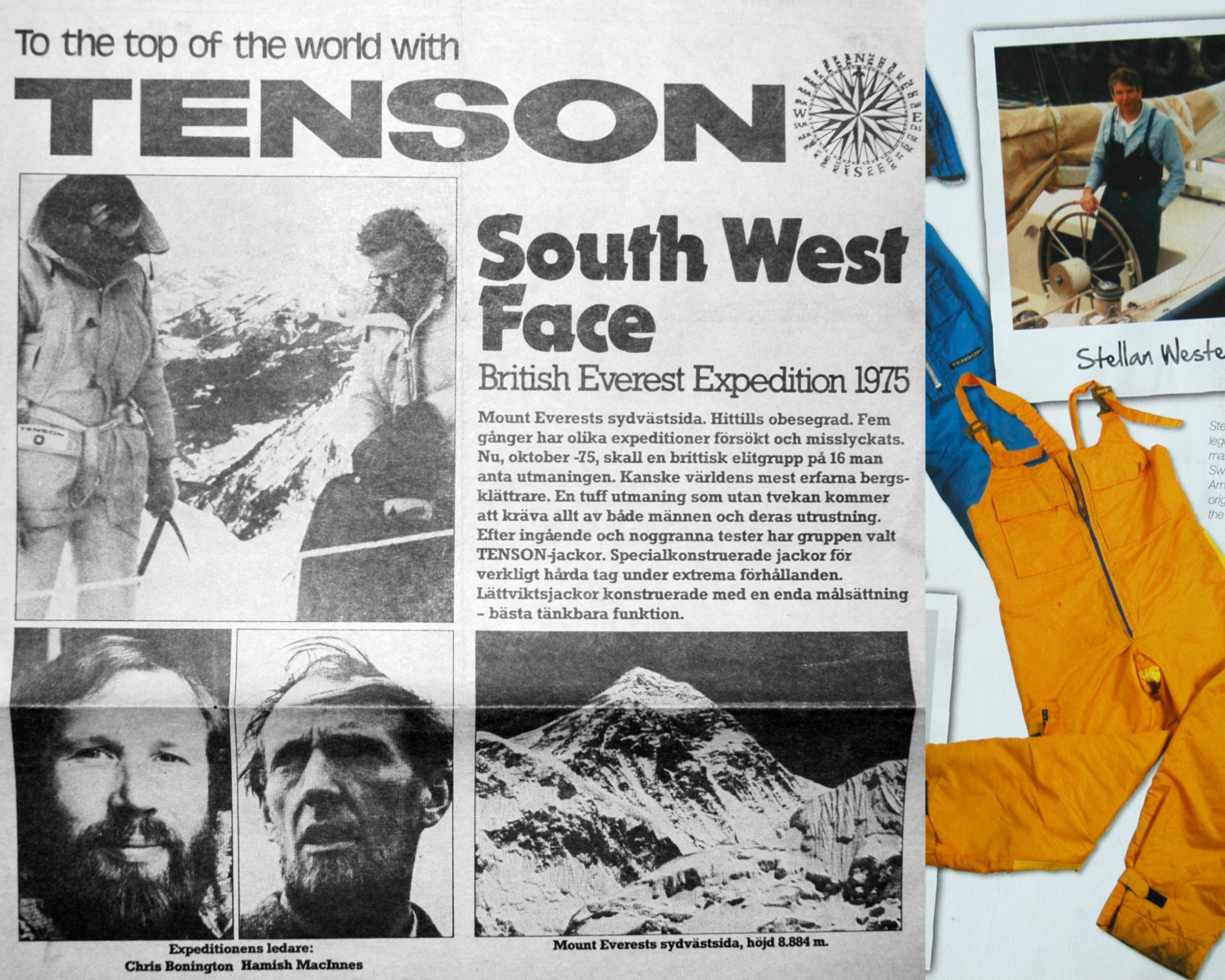 During a British Mount Everest expedition in 1975 Tenson Himalaya jacket was selected as the head piece for the extreme conditions. The British team included perhaps the world’s most experienced mountaineers at that time. They were going to climb Himalayas south-west side which up to that point has never been done. 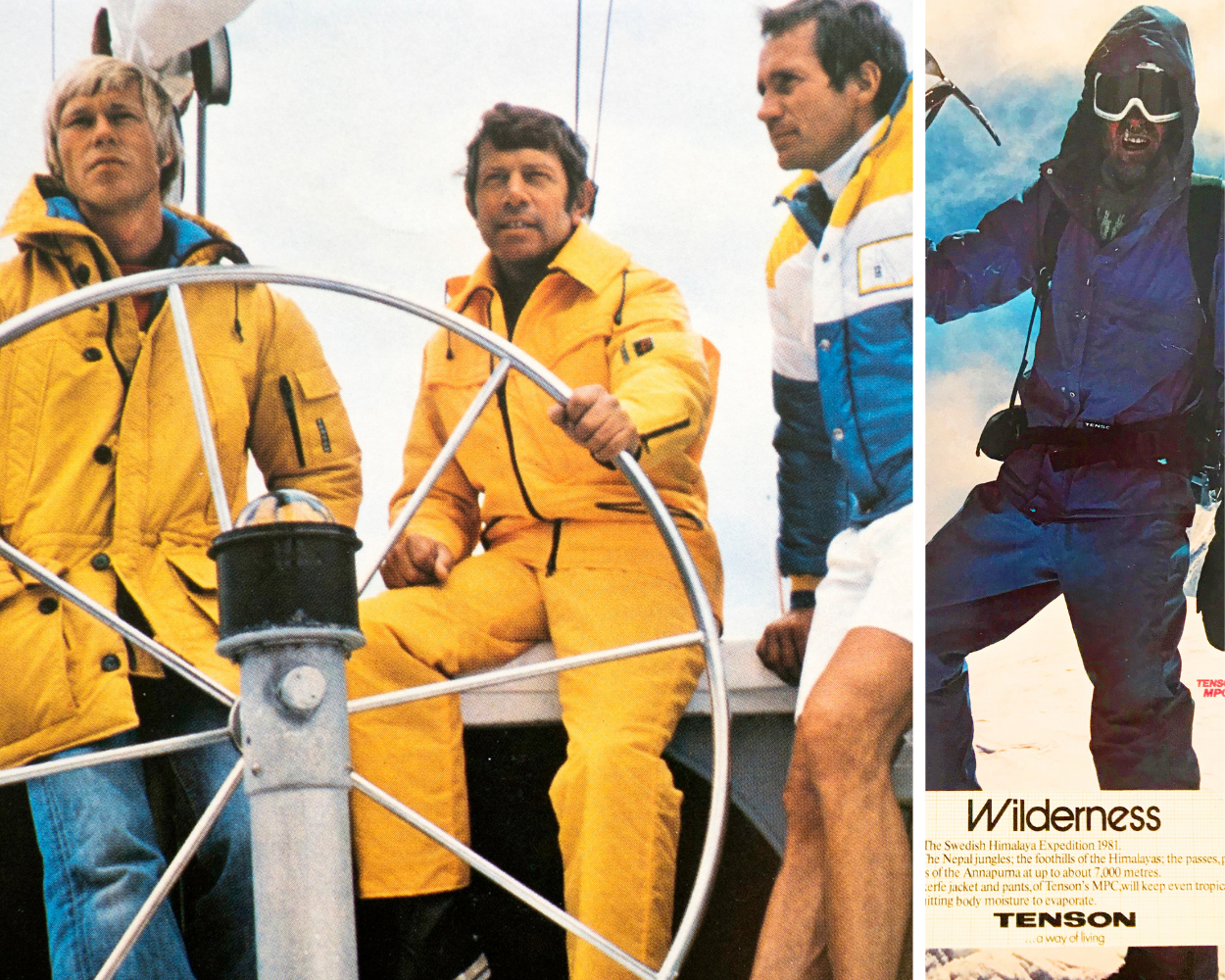 The first ever Swedish Team to compete in the prestigious sailing race The Americas Cup, supported by the Swedish Trade and industry council as well as the Royal Court.

The design of the Swedish Challenger match boat began to take shape already in 1974 and in June 1977 the 12-series match boat Sverige built by Sweden Match in Stenungsund left the home port. The crew apparel? Tenson Himalaya jacket and a special made Himalaya pant – made to support and protect…

…the crew were poorly dressed as the cold North Sea water seeped through every seem of their overalls and they soon became frozen to the bone. Tenson was contacted and we provided a wind and water repellent garment with taped seems that was up to the challenge – the Himalaya jacket and custom made sailing pants to make the set complete.

Export growth was very rapid and in 1977 Tenson’s total sales were up to 36 MSkr (equivalent to M€16,5 in today’s monetary value). 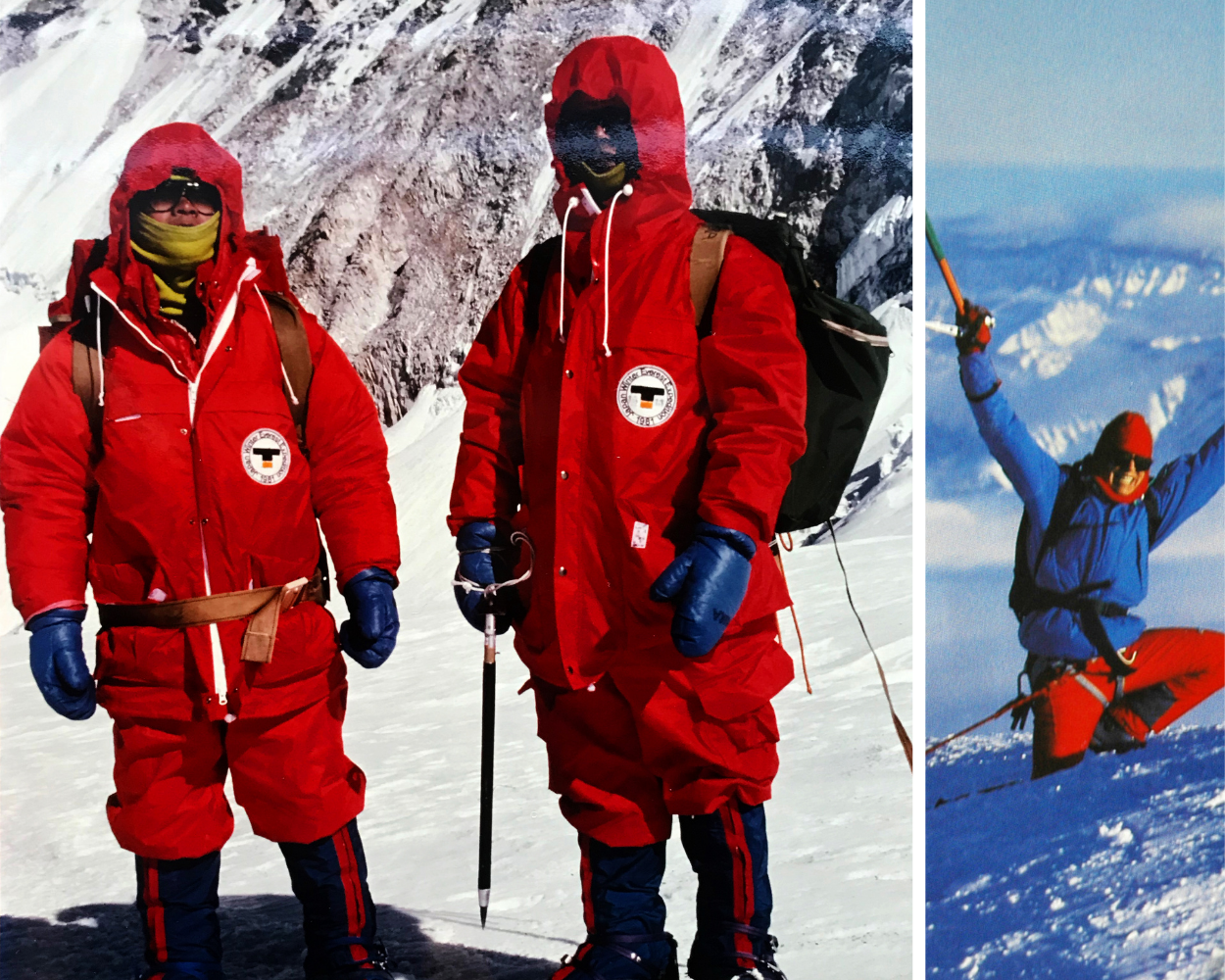 The Swedish Himalaya Expedition in 1981 were equipped with Tenson’s Skerfe MPC jacket and pants. The endeavor started walking through the jungle and continued all the way up to the Glacier Dome at about 7,000m. The garments were a perfect protection against fierce tropical rainstorms while letting body moisture evaporate. This was Tenson’s first MPC Shell jacket and pants. MPC was introduced as Tenson 2000 in 1980 but was renamed Tenson MPC in 1981. 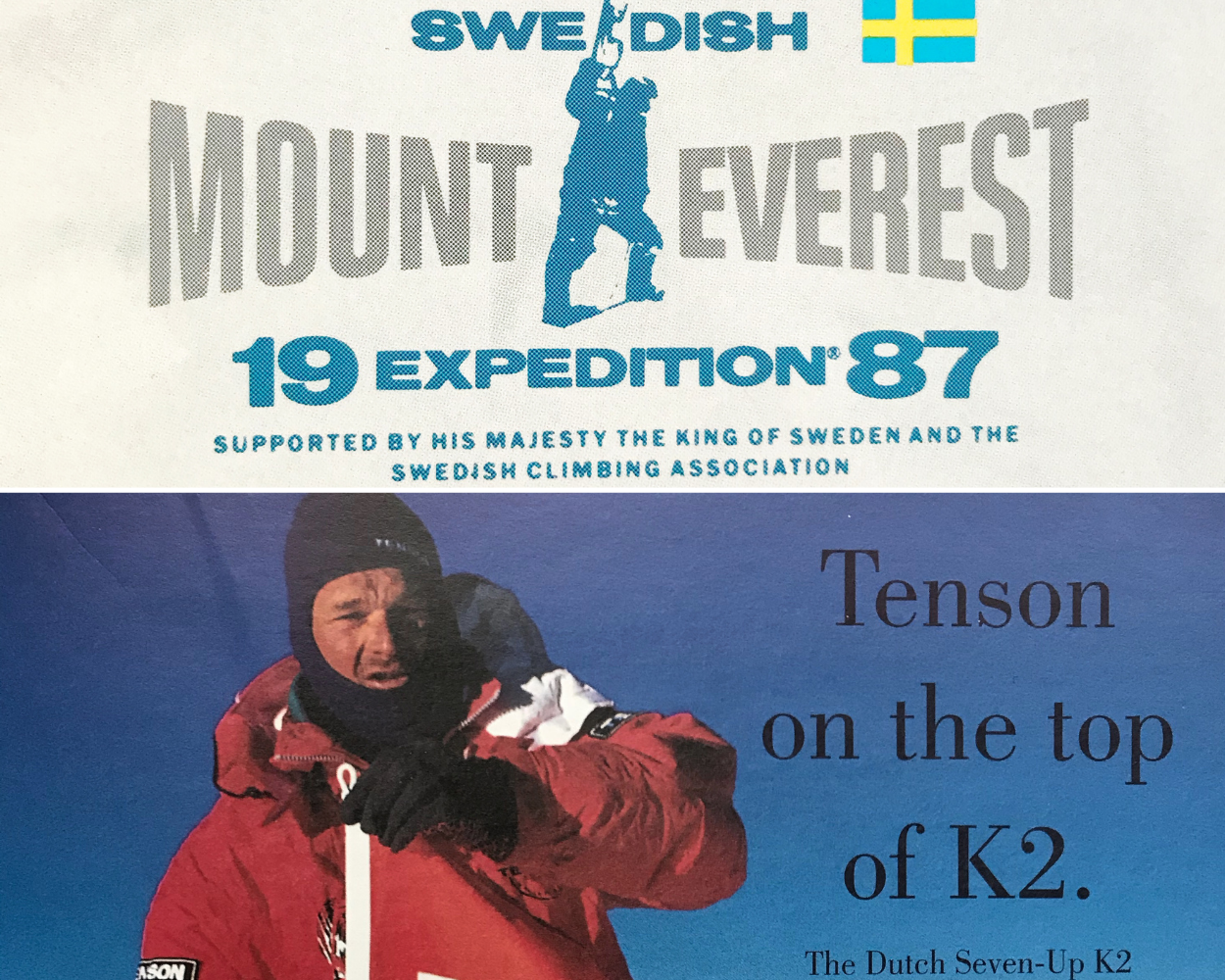 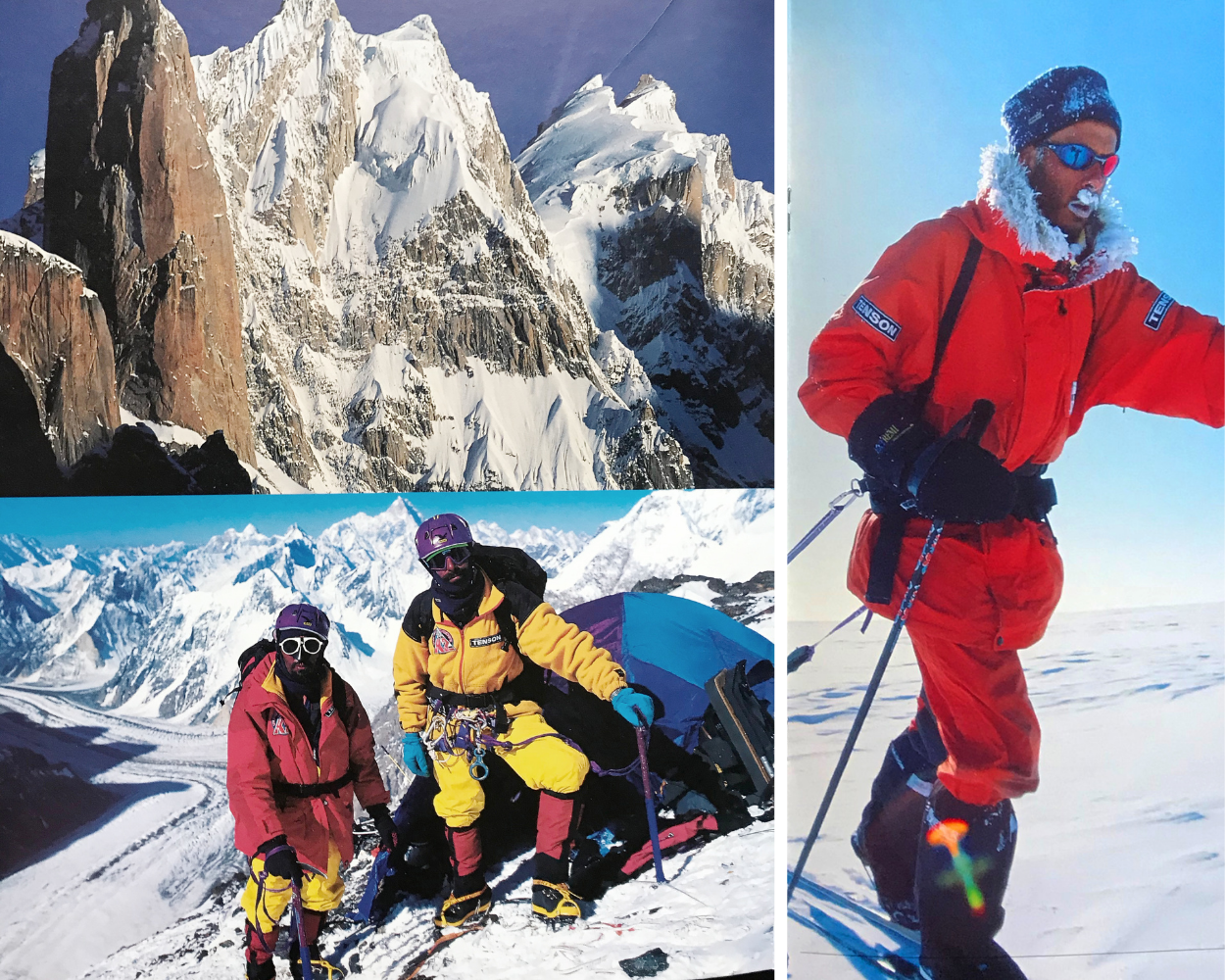 The Greenland Ice Cap is the coldest place in the Northern Hemisphere. Ronald Naar, the seventh mountaineer to climb the Seven Peaks, crossed the ice cap on skies and combined the trip with climbing the highest mountain in the Arctic region, the 3.753m high Gunnbrøn Fjell. The expedition took 38 days and the team used Tenson MPC Extreme and Airpush fabrics to conquer the extreme conditions. 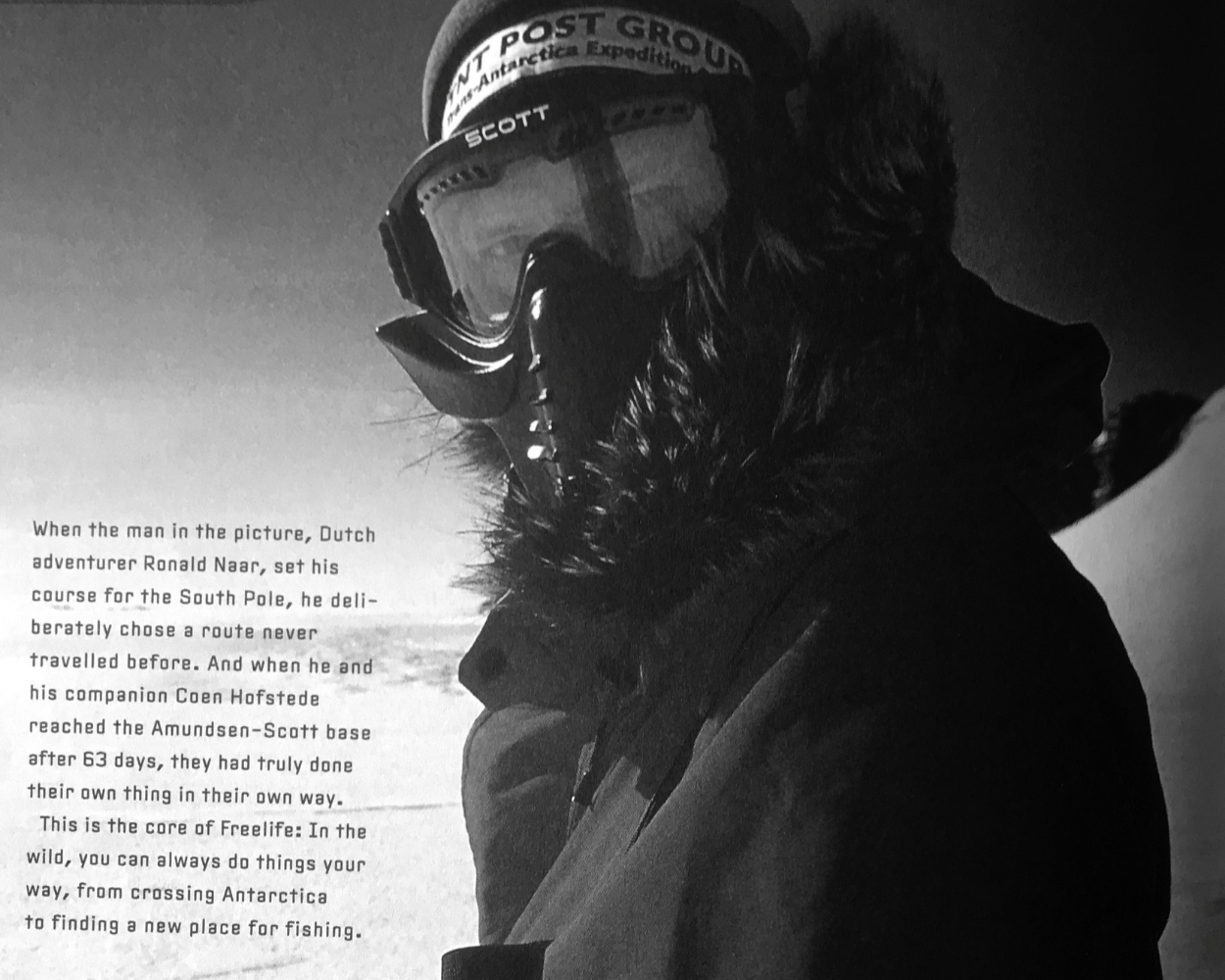 Tenson expedition with Dutch adventurer Ronald Naar, set his course for the South Pole deliberately chosing a route never travelled before and when he and his companion Coen Hofstede reached the Amundsen-Scott base after 63 days, they had truly blazed their our trail. Tenson equipped the expedition with the newly developed Xizang 3L MPC Extreme jacket and pants. 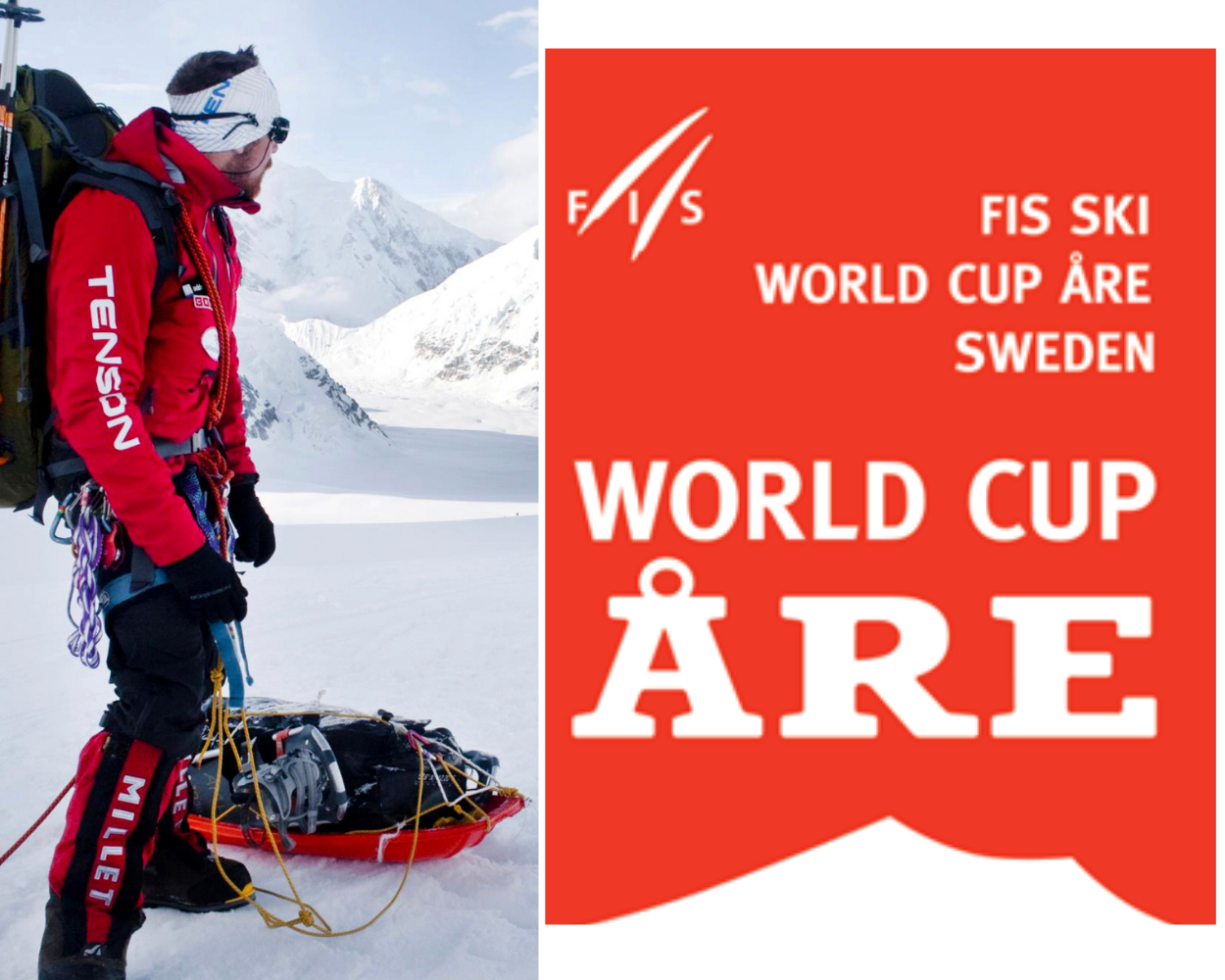 Tenson is the Official clothing supplier to all volunteers at the alpine skiing World Cup event in Åre Sweden.

David Wembrand had already climbed three out of the Seven Summits (the Seven highest peaks of the seven continents), when he embarked on the expedition to the Alaskan wilderness to climb Mount McKinley (or Mount Denali as the mountain was originally called). Mt McKinley, 6,194m, is known to be the coldest mountain in the world. ”It’s paramount to think of one’s own safety as weather conditions can be unforgiving with temperatures down to -45°C”. To withstand such extreme weather conditions it is vital to have the right equipment. David turned to Tenson to equip him with the right apparel for his epic journey. 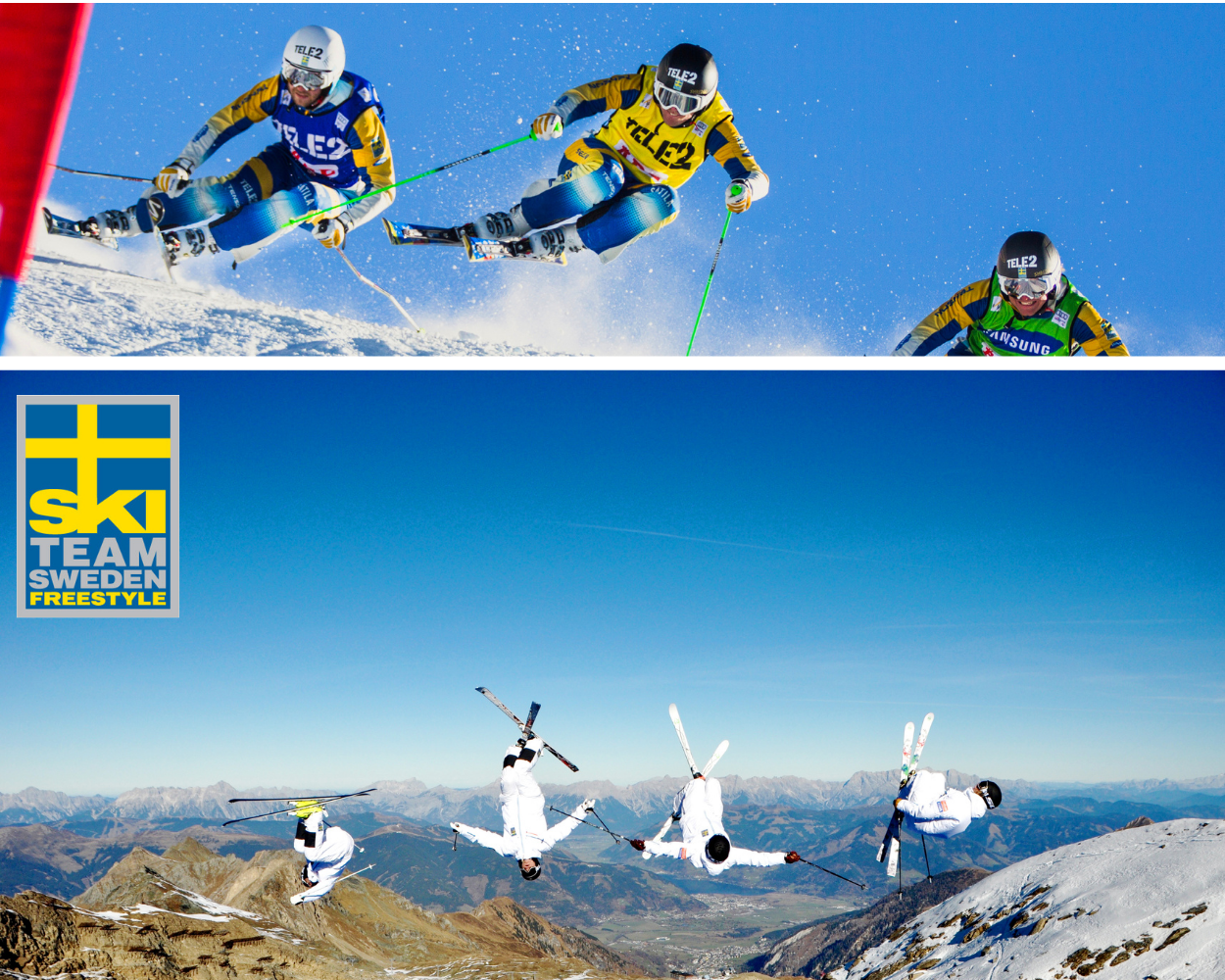 The young adrenaline race sport of Ski Cross has proven that it is here to stay. Tenson has been a proud clothing sponsor since 2011. 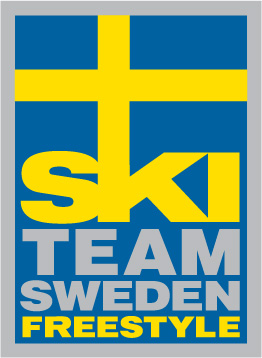 A young sport featuring both speed, technique and grace mixed with a lot of respect and heritage. Tenson has been a proud clothing sponsor since 2012. 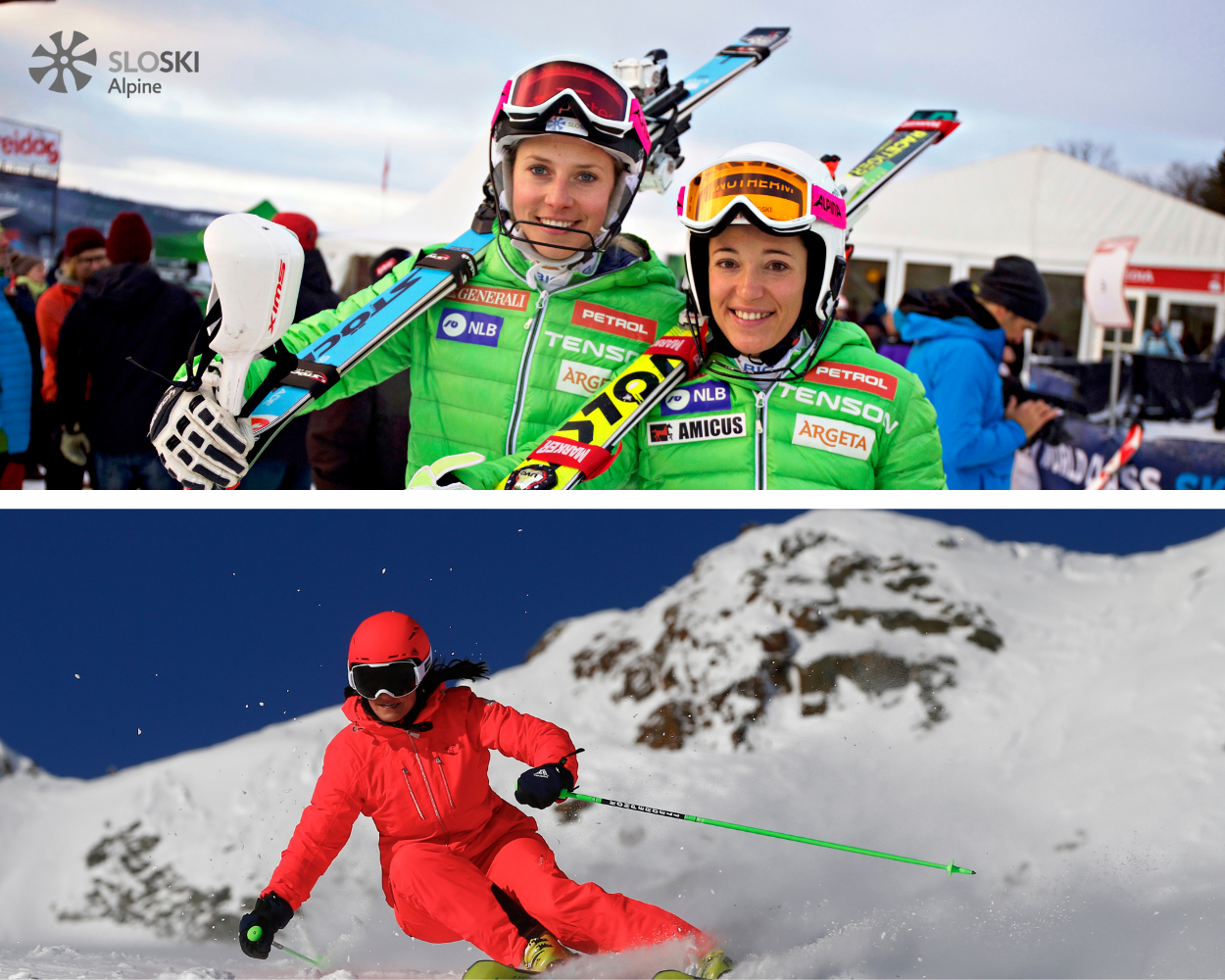 Slovenia has a great heritage in alpine skiing with many top results and superstars in the skiing world for e. g. Tina Maze. Tenson has been a proud clothing sponsor to the national team since 2015.

Tenson launches a High Performance Race Skiwear collection designed for the most technical and professional skiers such as teachers and ski clubs who want to hit the slopes with a durable high-performance product throughout the entire season. The Race collection is made from a technical fabric with intrinsic elasticity powered by Tenson MPC Extreme which provides heat-sealed seams and high water column rating of 20.000mm making it waterproof. 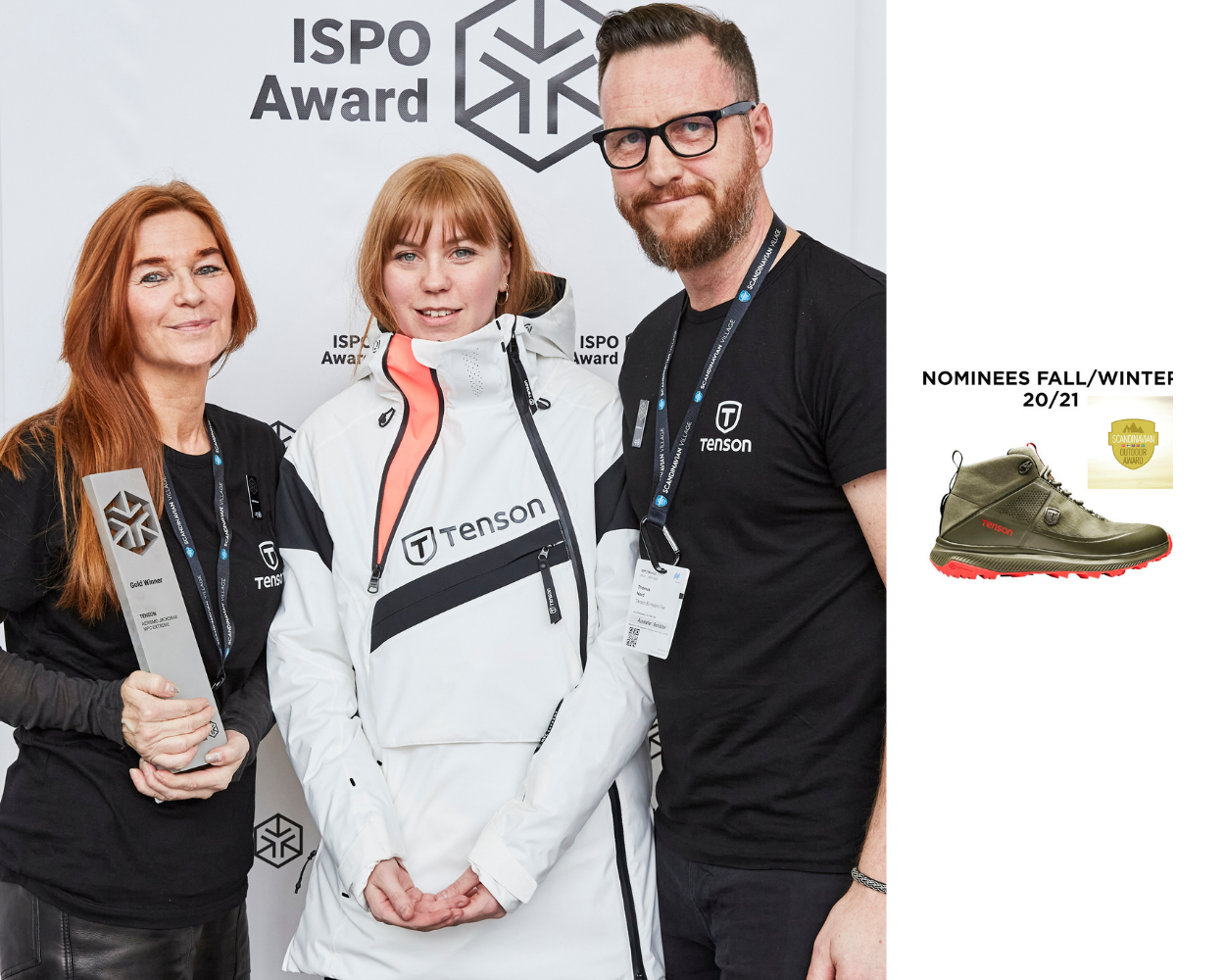 ISPO honors outstanding products and services of the sports industry with the renowned ISPO Award. In one product category, the best product is awarded a Gold Winner. Tenson Aerismo JackoRak™ MPC Extreme was chosen as Gold Winner in the category Snowsports – Jackets, which means it was the best voted product in this category!

The international and neutral jury of experts are made up of media representatives, retailers, athletes, consumers and material experts reviews several hundred submissions according to certain criteria, such as design, function, sustainability and innovation. 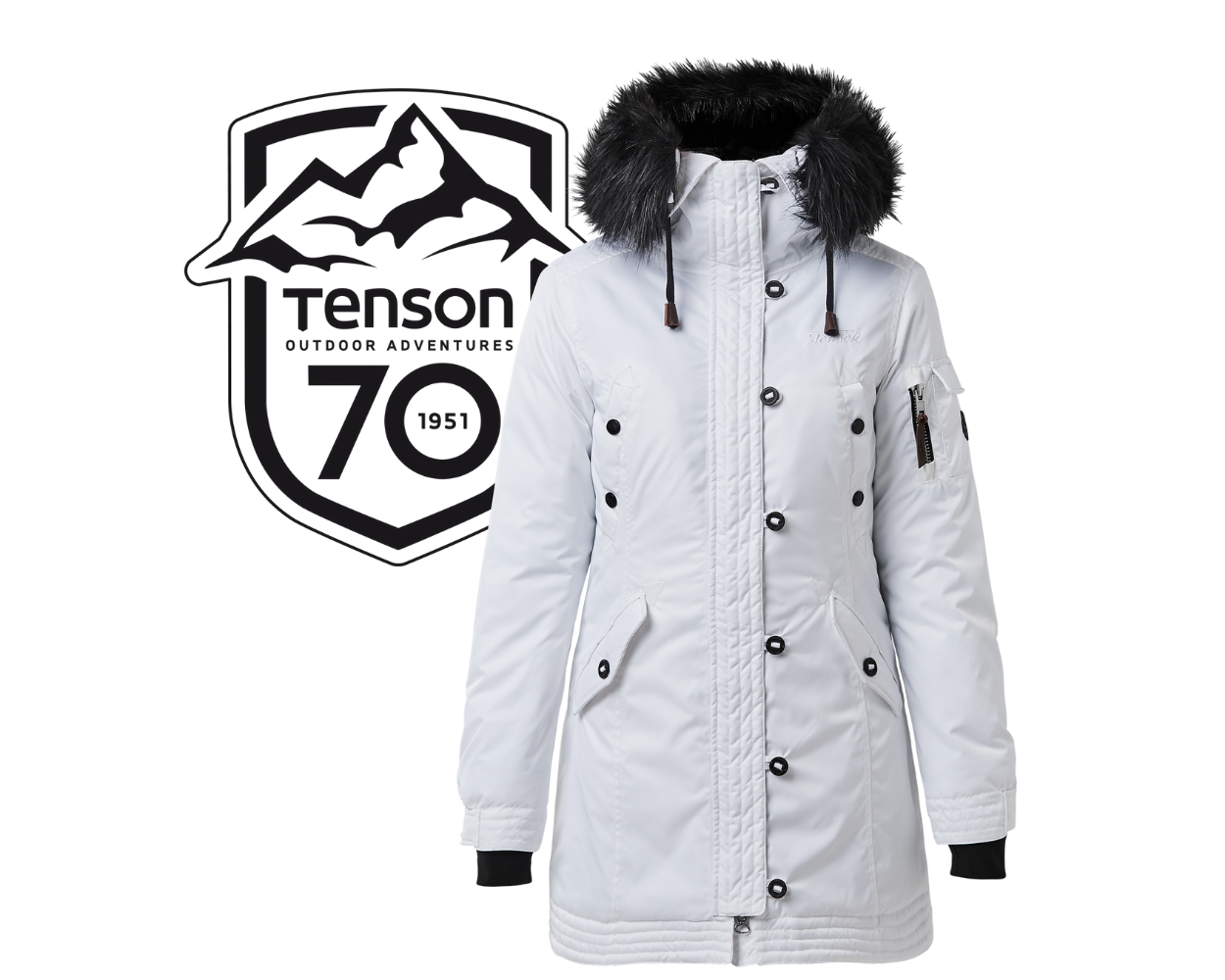 The time has come to celebrate our 70th anniversary! The last quarter of 2020 we will launch two products in our Urban Lifestyle collection to kick off our 70 years anniversary – The Lhasa parka jacket for both men and women is an homage to our fashionable and functional history. The second drop is an anniversary edition of our beloved icon The Himalaya parka jacket.

The DNA of Tenson is the interplay between design, materials and technology where function meets fashion. Our brand history is a never ending voyage of discovery.

From its 1951 roots in Swedish cycling to Himalaya expeditions and international ski teams.

Field-tested in the world’s extreme environments, our promise is high performance with awesome style.